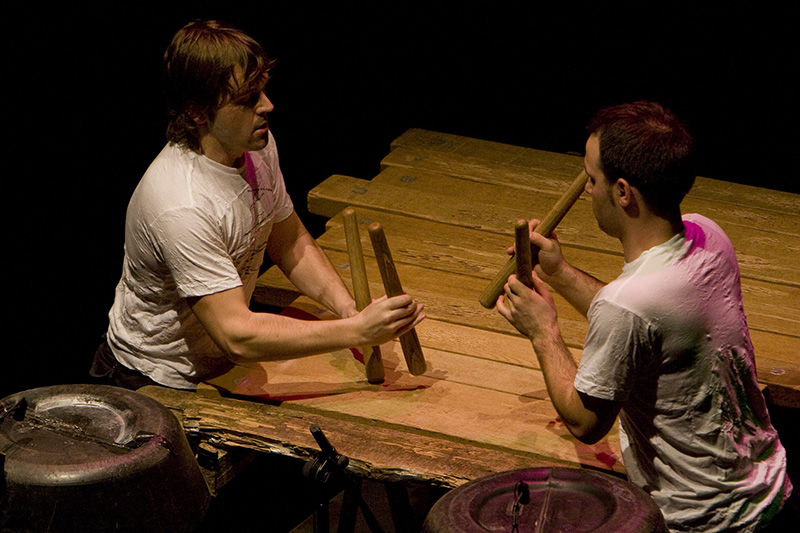 30 Nov What’s a txalaparta? Find out about this Basque instrument

The txalaparta is a percussion instrument in the Basque Country and one of the major symbols of its ancestral culture. As is the case with other components of Basque culture, and even its language, Euskera, its origins are unknown, and so there are many theories about how it emerged. What for some was an instrument for communication between farmsteads, was for others a system to announce the opening of the cider houses.

Txalaparta is dialogue and improvisation among the musicians, either two or four of them. The instrument is composed of a number of wooden planks (traditionally one or two, although nowadays there is no maximum number), which the txalapartaris or instrumentalists strike by gently dropping the two dowels they both hold straight down. And they never lose contact with the sticks, although it might seem they do. 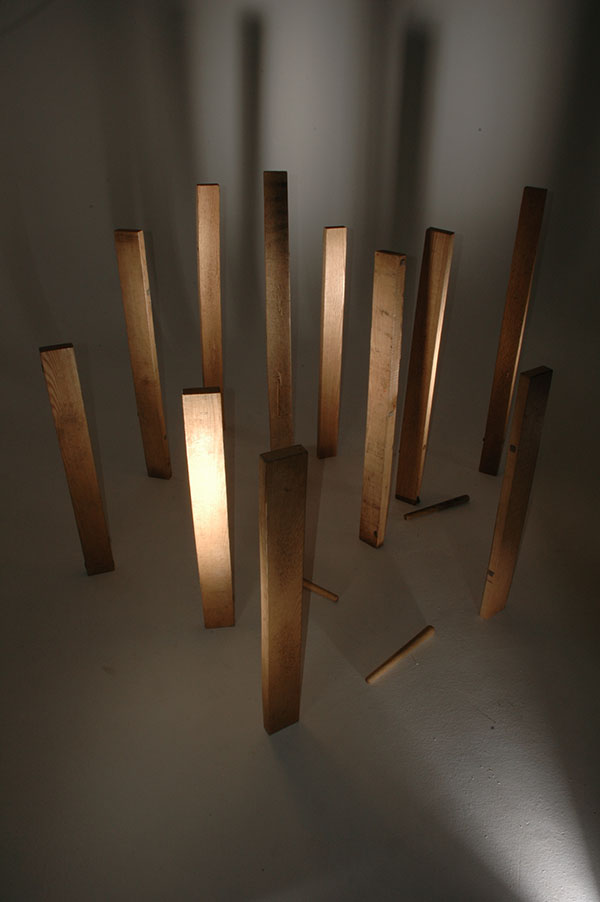 The wood used to make the instrument is alder wood, chestnut, ash, oak, or another local wood. Nowadays woods from other countries are also used, such as sapelly, elondo or iroko. The ends of the txalaparta planks rest on wickerwork baskets, chairs, boxes or trestles.

They are separated by insulating material to enhance vibration. Corn leaves, dry grass or rolled-up bags were traditionally used. Although the modern txalaparta uses wooden trestles with supports and polyurethane to secure the planks.

Txalaparta, the daughter of cider. Many agree that the instrument emerged at cider-producing farmhouses in the River Urumea’s basin, in the area around Lasarte, Hernani and Urnieta, not far from San Sebastián. They also say that the txalaparta was played to celebrate the end of the apple-pressing process.

Apparently a dinner was laid on for everyone involved in the task, afterwards they played the txalaparta, and this drew the people from the neighbouring farmhouses to the fiesta. In fact, there is a txalaparta tune known as sagardodeia, the cider-tasting call.

Do you know what a cider house is? 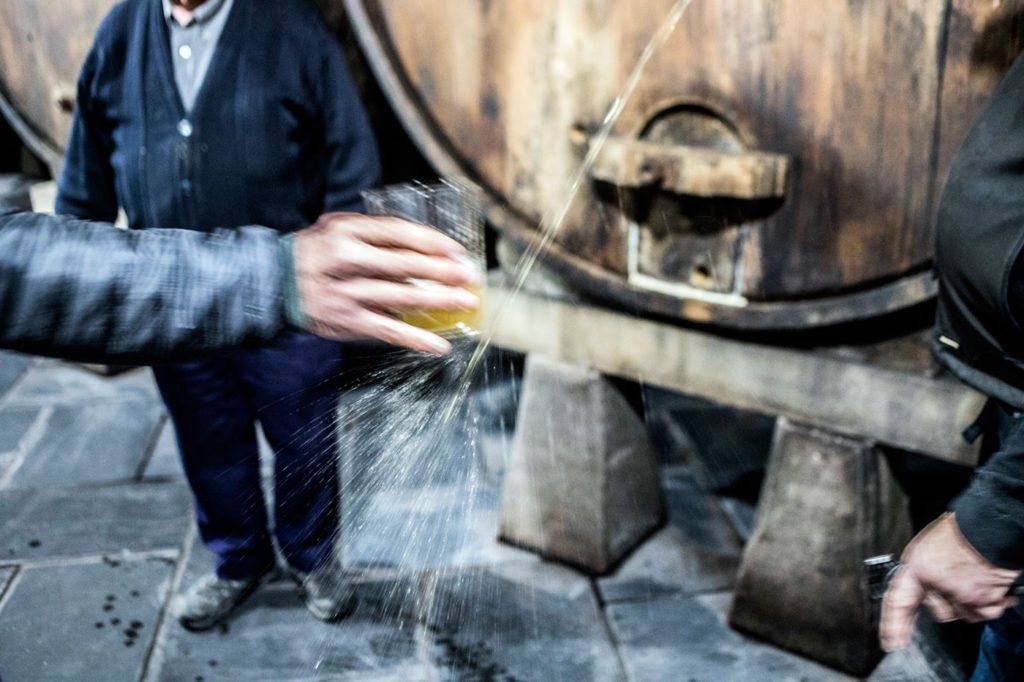 According to Ramón Goikoetxea, a txalapartari with a solid family tradition in relation to the instrument, “when all the apples had been put through the press, a suitable plank was taken from the press to play the txalaparta. This plank was wet, and we put it on the roof to dry so that it would sound better. People were usually quite attentive to know what day the fiesta would be held, and when they saw the plank they realised it would be quite soon. There we would jump around, shouting, drinking cider, and playing and listening to the txalaparta until dawn”.

Although it is a unique instrument, it does have some similarities to the rhythm with which sticks are used to degrain corn in the Aliste area of Zamora, or the lime-tapping described in the collection of Burgos folklore songs by Federico Olmeda. Outside Spain, txalaparta work-related similarities have been found in Portugal, Switzerland, New Guinea or Polynesia.

Ttakun, tukutun. This is the onomatopoeic sound of the txalaparta. The instrumentalists hold a conversation amid their dowel strikes, which alternate and never overlap. According to Basque Encyclopaedia Auñamendi, one of them is tasked with rhythmic balance and regularity (txakuna), whereas the other has to oppose this balance and create tensions (herrena). In this way, by making and breaking rhythms in constant acceleration, the strikes evolve to a point at which it is not possible to create any further tension, as may be observed in Iñaki Plaza’s video below.

Even though the txalaparta play rules may be strict, by means of phrasing and rhythmic combinations, tone, intensity and changes of tempo, they afford the musicians a large measure of freedom to roll out their creativity and capacity for improvisation. In some locations horns are used to accompany the txalaparta.

Like all Basque culture, moreover, the txalaparta was banned in Spain during Franco’s dictatorship, between the late 1930s and the 1970s. In the 1960s, however, it began to regain a kind of presence, and moved out from rural areas to conquer towns and cities.

Oreka TX is the contemporary txalapartari group best known to the public at large. Its innovative stance led it, on its third record, Sílex, to use bamboo sticks dropped on to slates from the Basque coast. This slate, from the west coast of France, is used in oyster fishing. It is believed it owes its special tone to the salt which impregnates it in the sea.

Oreka TX worked with Kalakan on this record, a group from the French Basque Country which took traditional Basque music around the world on the Madonna tour in 2012. A few months previously, during a gathering with friends in Biarritz, the famous singer succumbed to the art of the Basque musicians, and soon came up with an offer of collaboration.