Bilbao and its transformation,

from the mine to the museum

What makes the difference in this tour is taking a look inside the very bowels of the city of Bilbao. And that’s what we’re going to do. We’ll go to one of the iron mines which made this city so prosperous during the 19th century. Bilbao ore was much appreciated in Great Britain, thanks to its relative geographic proximity and the ore’s substantial purity (especially its low phosphorous content). Some say that iron from Bilbao, and from the surrounding province of Bizkaia, formed one of the bases of the industrial revolution.

The ore mined in Bilbao was shipped down the Nervión/Ibaizabal estuary, which had been the city’s main vertebra well before mining even started in the region. In fact, in the Middle Ages this town was a major river port used to export, for example, wool from Castilla, and to import produce manufactured in northern Europe. We’ll recall the city’s beginnings by skirting the banks of the estuary, and we’ll also pop into the “ensanche” or extension to the city, which began to develop in the latter half of the 19th century when the railway arrived. Abando-Indalecio Prieto station features a polychrome stained-glass window dating back to 1948, with images of the hardworking Basque people – miners, farmers, cattle herders and rowers, among others. 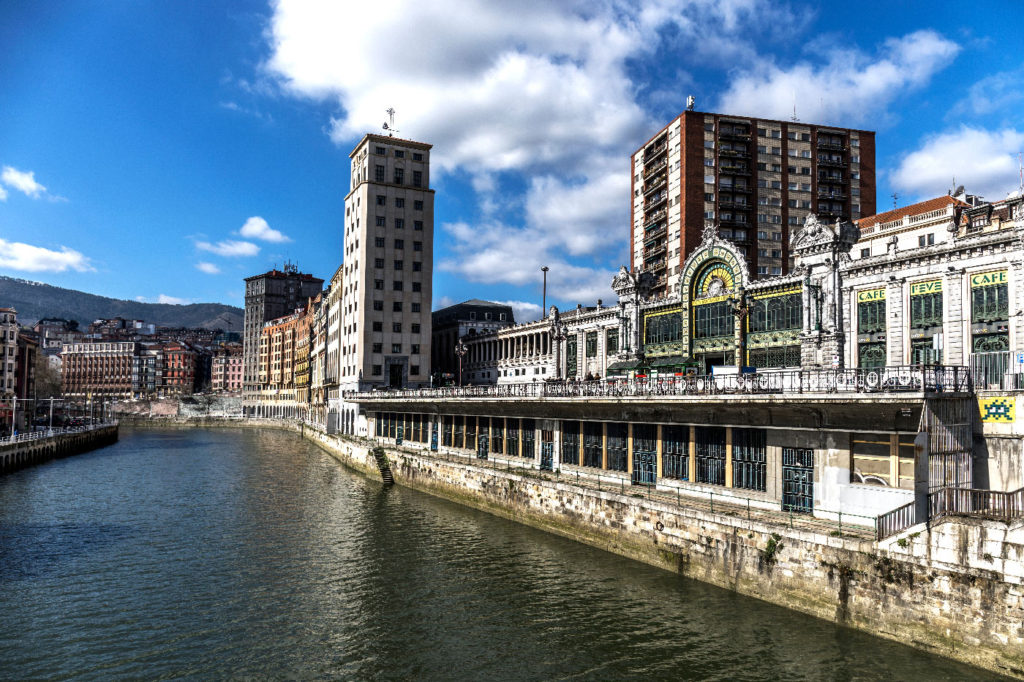 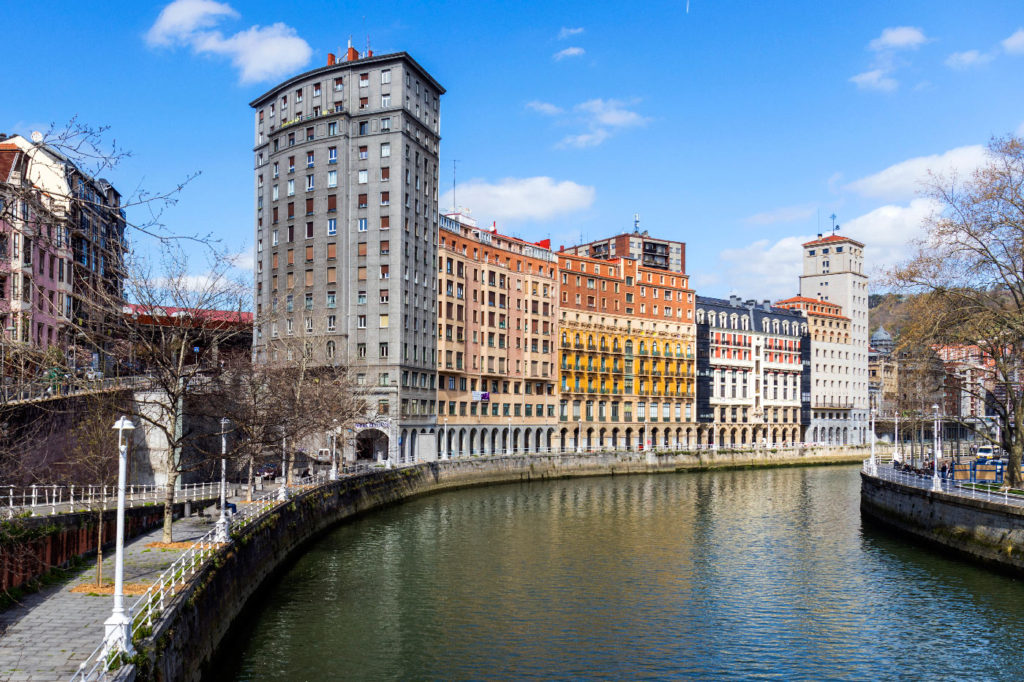 The stained glass at the railway station serves to introduce the social and political crisis brought on by intensive industrial and economic development during the 19th century, also the era of the beginnings of Basque nationalism, which has governed this land for decades We’ll walk around Bilbao city centre to take a look at some singular buildings built by the oligarchy in their day, in a style somewhere between England and neo-Basque, which found its inspiration in traditional rural architecture.

During our stroll through the centre of Bilbao, we’ll pause to have a look at the ventilation holes of the basement bunker in the Hotel Carlton, where the Basque Government met during the Civil War in the late 1930s. And gradually we’ll make our way back to the banks of the estuary that witnessed a dramatic decline in the 80s, and the rebirth of the city in the early 21st century. The Guggenheim Museum is the main exponent of this transformation into a more sustainable metropolis, and a capital of services and culture. Another of the city’s architectural icons is its subway, featuring the singular glass-canopy entrances (in the photo below), all created by Norman Foster. 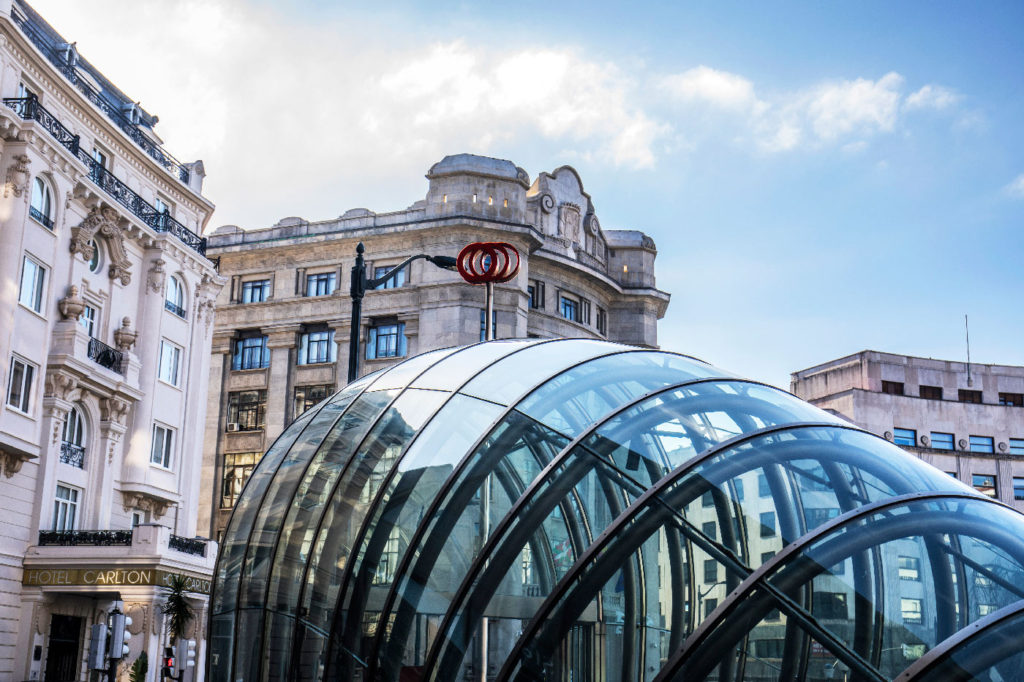 Following our morning or afternoon stroll, we’ll take a boat and have an appetiser as we go down the estuary for an hour to the port of Santurtzi, taking a look at the industrial ruins and realities of Greater Bilbao on the way, sailing underneath its impressive suspension bridge, retracing the steps of so many people and so much merchandise since time immemorial. Like the girl who sold sardines, the subject of this area’s most popular song: 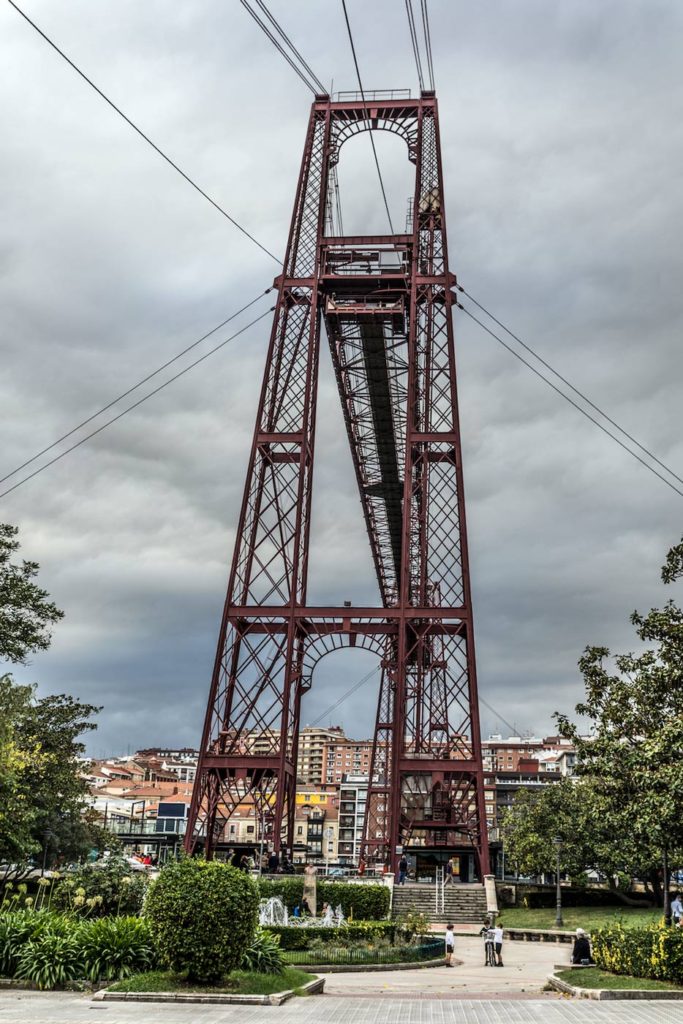 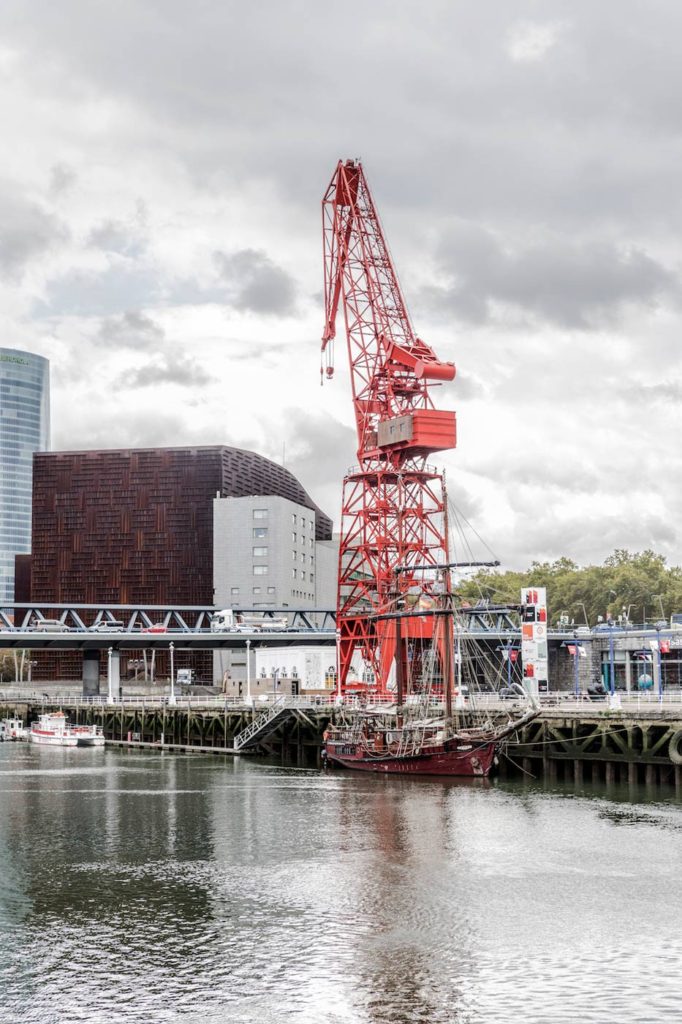 In our case, the sardines (or whatever fish is in season) won´t be leaving Santurtzi, because we’ll be eating them in the traditional grilled format when we reach our port. There are some customs that never change in Bilbao and round about, even though the city has transformed itself time and time again to survive. 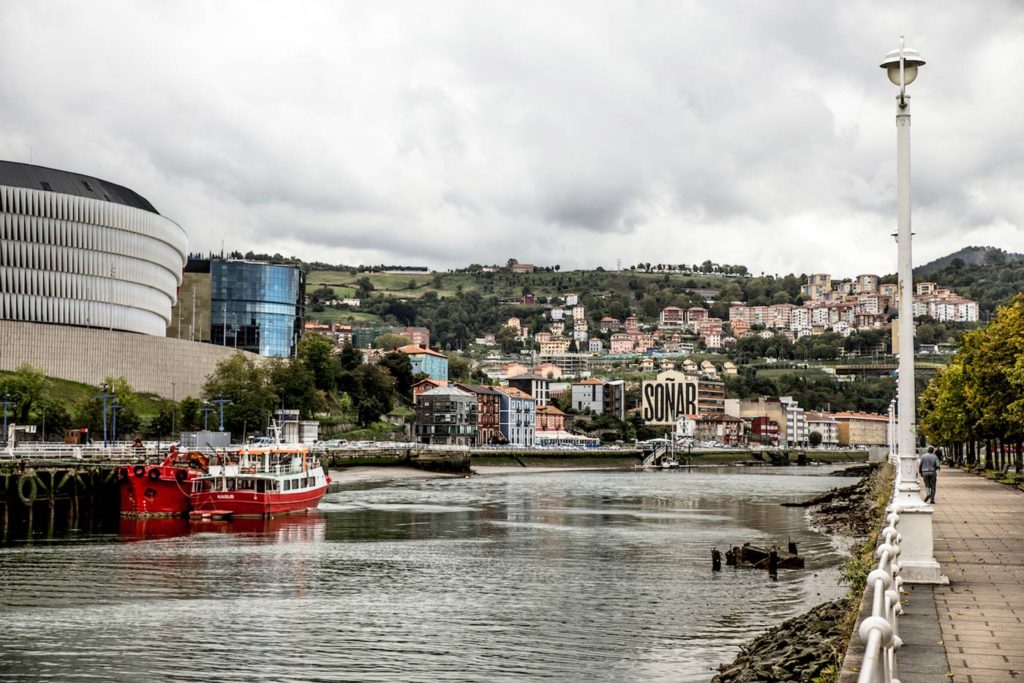