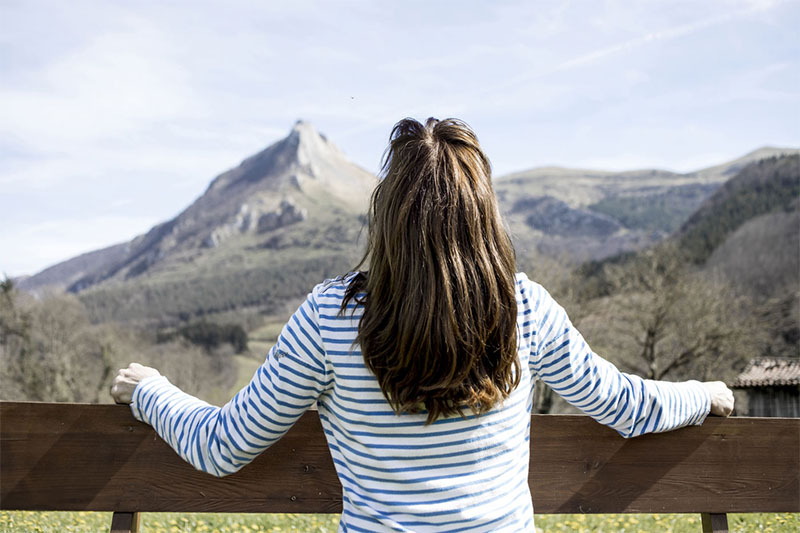 An irrintzi is one of the most typical expressions of ancestral Basque culture. It is a spontaneous, sustained, high-pitched scream released in a single breath, usually heard as a joyful sound at fiestas, but also at other times of pent-up emotions, such as funerals or weddings, and even after a large amount of effort has been expended, such as a mountain climb, or a win at a sporting event. It is the expression of strong feelings, either alongside others or alone.

The origins of the irrintzi are unknown. Popular culture attributes it to shepherds, as a means of communicating with each other amid the mountainous geography of the Basque Country. Other people, such as J.B. Daranatz in Curiosités du Pays Basque, believe it was a war cry to exert a psychological effect before the battle. The irrintzi may have had a specific function at different times down through the years, and thanks to these adaptations it has survived up to the present day.

There are certainly hundreds of yells similar to the irrintzi all over the world, but each people give their own certain characteristics. Phoniatrist Ana Martínez Arellano has been conducting research into the Basques’ ancestral scream for years, in a bid to find the pattern of behaviour that enables the body to produce this kind of yell, which can reach up to 120 decibels without doing any damage to the vocal cords.

Irrintzis are released without tearing the throat thanks to control of the pelvic muscles, with the knees bent to firmly anchor ourselves to the ground. Irrintzis can be taught, but most people learn them by imitating them, with no real awareness of their posture, like I did. This video, which is also posted on my professional website, shows me at Ana Martínez Arellano’s clinic when she was analysing my irrintzis.

Anthropologist Ekain Martínez de Lizarduy points out that women have played an essential role in transmitting the irrintzi, even though old films and documents may only feature men, because public spaces were earmarked for them.

The irrintzi is so famous that it has even been a feature of Hollywood series and films: from McGyver to Thunder in the sun, The son of Captain Blood (starring Sean Flynn) or Wagon train. These films portray Basque shepherds, or their descendants, who travelled to America in search of a better life, and helped conquer the Far West. It must be said, however, that they depict Basques in a rather folkloric manner, and they are not taken very seriously.

For all its fame, very few studies have been made of the irrintzi. This was something which surprised anthropologist Ekain Martínez de Lizarduy when he conducted research into this ancestral Basque yell to make his documentary, Erraiak (Entrails).

His theory is that, as would seem to have been the case with yells in other cultures, the irrintzi was an imitation of the sounds made by animals in the surroundings. Horses, in this case. It comes as no surprise that the word irrintzi means “neigh”. 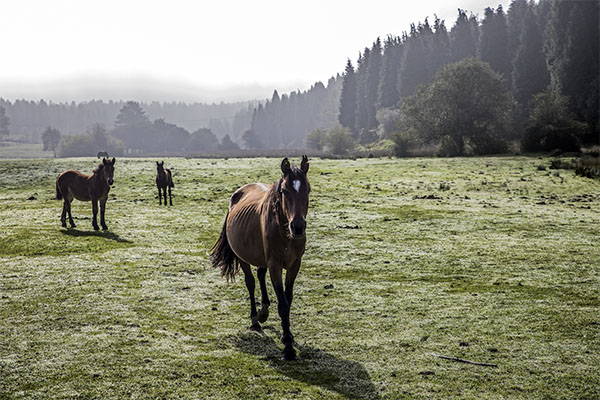 However, this scream has other names in Euskera which have nothing to do with horses, such as zantzo or lekaixu. The thing is, Basque is a language with many dialects.

The irrintzi’s sound pattern begins with a solid vocal introduction, followed by a continuous sustained ayyyyyyyyyyyy!, which can last for as long as the only breath we use in the process lasts. The yell ends with the same syllables, much more defined and prolonged. 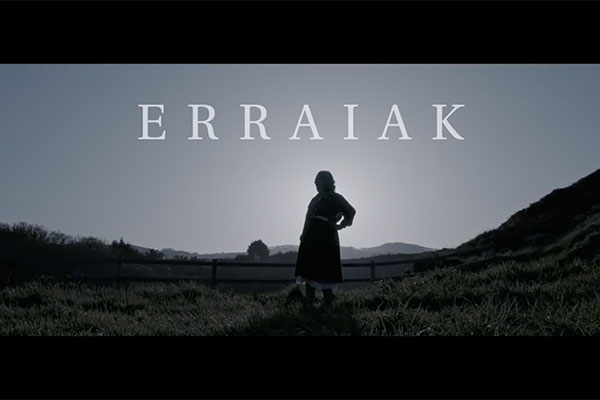 In the Basque Country, the irrintzi unites people through its force. It is not uncommon for irrintzi competitions to be held during town and village fiestas, for the sole purpose of enjoying screams as collective as they are individual. Everyone has their own irrintzi, which is neither better nor worse than anyone else’s.

I suggest you try your own irrintzi, to see how good it makes you feel. I also wish to express my thanks to the Erraiak team for the photo of the irrintzilari, the person letting loose this powerful Basque yell.