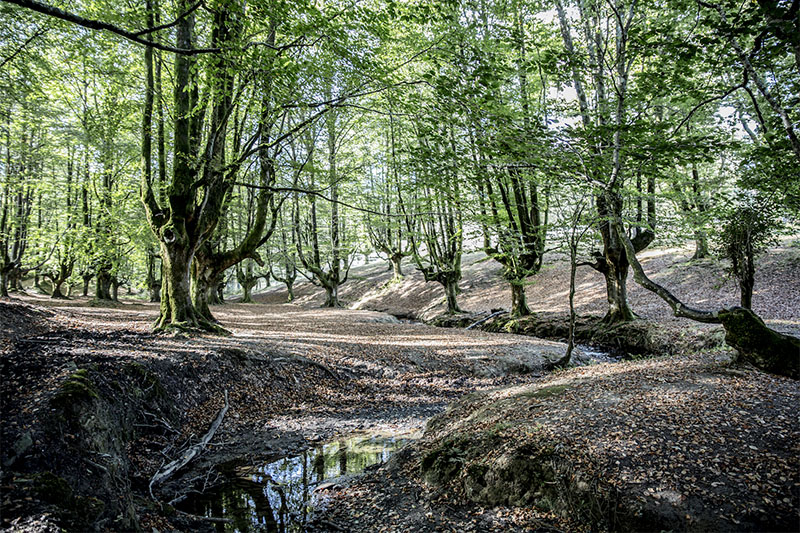 30 Nov A stroll around the Otzarreta magic forest

The Otzarreta beech forest at the Gorbeia Nature Park is held to be one of the Basque Country’s most magical forests. Just over one hundred centennial beech trees and their huge roots enveloped in green moss enthral all visitors to this peaceful spot around the Zubizabala stream. Strolling among the enormous trees and scrunching into the fallen leaves is one of the immense pleasures in store for us during our visit to the Basque Country.

Quite apart from its natural beauty, this forest has a huge cultural significance. You need only look at the branches of the beech trees, whose gigantic branches reach up towards the sky like candlesticks instead of growing out to the side. This is due to years of successive pruning, mainly to obtain charcoal, using the pollarding technique. 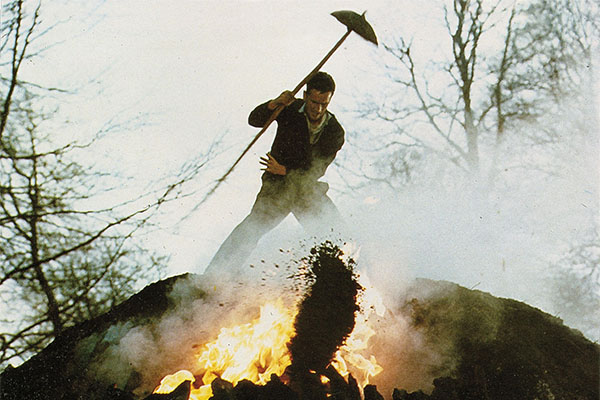 The charcoal obtained from pollarding has been the main fuel used to develop the steelworks and shipbuilding industries that drove the Basque economy, since the 15th century at least. The photo shows the charcoal-maker in Tasio, a famous 1984 film directed by Montxo Armendáriz, engaged in this ancestral activity.

Two didactic examples of this relationship between pollarding and industry are the 15th century Mirandaola forge in Legazpi and the Albaola Maritime Museum in Pasaia, where construction work is ongoing to build a replica of a galleon from the 16th century, an era in which Basque industry dominated world whaling trade. 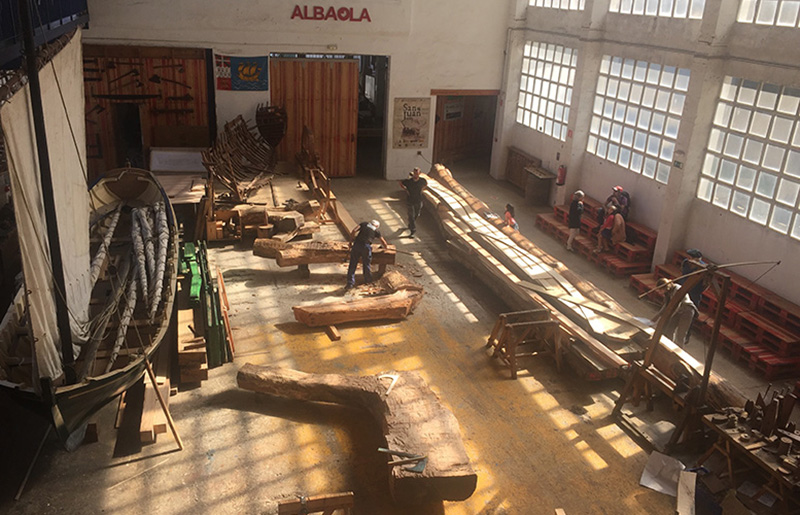 The initial pruning in the pollarding process was traditionally carried out on a tree when it was around twenty years old and some 3 metres high, to prevent cattle reaching and eating the shoots emerging after the tree had been cut. 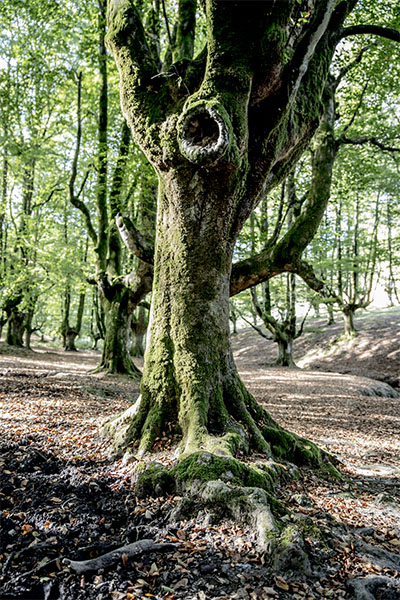 Four or five branches emerged from the first cut on a pollard tree, and these were allowed to sprout for some 15 years until they had attained an approximate diameter of 30 centimetres: the maximum threshold to enable them to be cut easily with an axe.

The tree was pruned on a cyclical basis every 8-10 years, or more frequently if fuel needs were on the increase. This practice enabled charcoal-makers to obtain resources from the same tree for centuries.

However, it was not merely the tree’s timber that was used, as the leaves were also used as fertiliser or animal fodder; its fruit was used as food for humans or animals; even its bark was used to make shoes and colourants, due to the tannin content.

The tree most commonly used for pollarding was the oak tree, due to its heating coefficient and the proximity of this species to production centres. By the 19th century, however, Basque oak forests had been decimated due to the expansion of agriculture, the iron and steel industry and shipbuilding.

When oak resources had been depleted, pollarding was carried out on beech trees to obtain charcoal for forges and blast furnaces, for firewood, for bakeries and cakemakers, and also to make boxes and barrels, according to research carried out by Álvaro Aragón Ruano, a lecturer at the University of the Basque Country EHU/UPV. Chestnut trees, poplars and alder trees were also used.

The pollarding process has therefore transformed the appearance of the Basque Country’s forests. 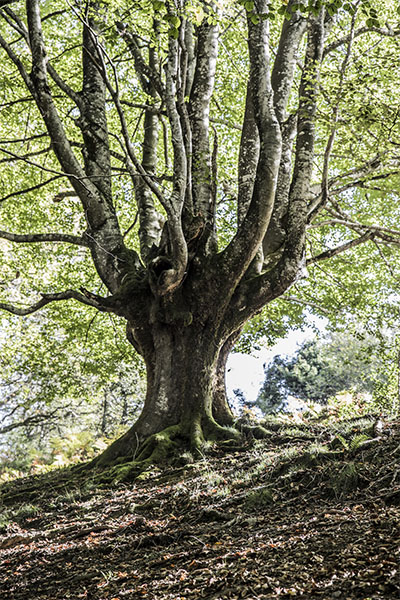 The arrival of mined coal in the 19th century gradually reduced the usage of this typically Basque technique, which has also been used in other parts of Europe. Although nowadays a few farmsteads still pollard beeches, this practice died out in the 1960s, according to Álvaro Aragón. This means that pollard trees have not been regularly pruned for some time, their branches are now disproportionately long, and this unfortunately leads to breakage and the death of the trees. 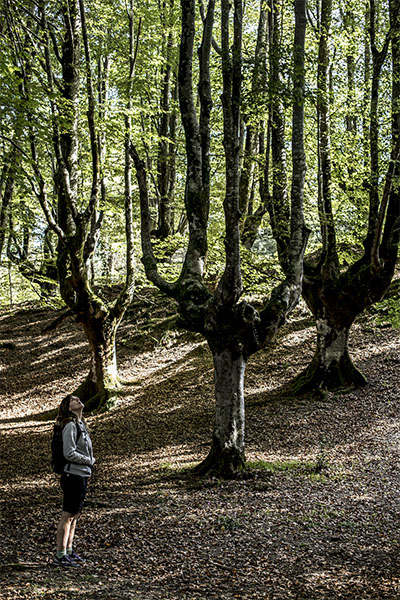 In the specific case of the Otzarreta forest, experts calculate that these magnificent branches we admire so much will start to break in a matter of 75 years.

Researchers at the Trepalari association or the Leitza Aizkolaris Group are examining ways of recovering these trees, which tell a tale of Basque history and the territory’s biodiversity.

Our visit to the Otzarreta forest takes us into the Gorbeia Nature Park, which has many more wonderful features, such as the Saldropo wetlands, the Uguna waterfall, the Atxuri wall, or the Itxina massif. Obviously all this cannot be done in a single day because it is all on foot, at the pace set by shepherds and travellers since time immemorial along this natural frontier between the Cantabrian and Mediterranean basins.

Book
We use cookies to ensure that we give the best user experience on our website. If you continue using this site, we will assume that you agree.AcceptRejectRead More